You are here: Home / Archives for opera student stories 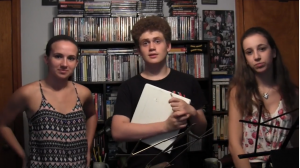 Hi I’m Brandon Dallmann, I’m 16 years old and am a junior at Amherst regional High School. When I began taking voice lessons at Act Too Studio in 8th grade I never thought I would sing classical music, I simply wanted to work strictly on musical theater singing. I sang a few classical pieces but never really perused it until the opera workshop began in the spring of 2014 preparing for the Marriage of Figaro scenes. I decided to be a part of these scenes and very suddenly got incredibly excited about the music. It was something so different from what I had done before, yet so interesting and incredibly rewarding. Not only did my voice improve but also my ability to understand music and connect with the emotion behind it. I really enjoyed learning my part for Figaro and the next year I continued learning classical music in addition to musical theater.

The past summer, just a year after Figaro, I was part of the Act Too Studio opera The Medium, as well as went to a two-week program to specifically study classical voice. Both of these would have never happened in my wildest dreams just a year and a half before. 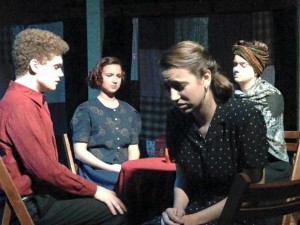 Opera is something that is rarely taught to teens. We do musicals and plays at our school and many of us learn how to sing with a choir but very few are given the chance to study opera and solo classical singing. This is an interest I now have that would not have even really known about and less so had skill in without the Act Too Studio Opera Workshop. It is incredibly rare to have this opportunity especially in a suburban area such as the Pioneer Valley so I really want to encourage all of you to donate and keep this alive.

While I don’t know exactly what I plan on doing for my career I know that regardless I will always love singing classical music and carry it with me, an interest I wouldn’t have even known possible without this wonderful program.